It has been a while since you’ve heard from me, and for that I apologize– but I have a “travel blog” of sorts for ya, complete with a “road trip recipe” that will be featured in my upcoming cookbook, which, as I previously announced, will be available September 1st, 2017, in both print and ebook format. I could not be more excited to be sharing some of my favourite recipes with you, as well as some new ones that I’m working hard on.
When Johnny came back from Winnipeg this past April, he told me that we were road tripping to Boston for Boston Calling, a concert event featuring some of his favourite artists– Bon Iver, Chance the Rapper, Francis and the Lights, Whitney, and more– that I now love, too.
And since then, time has simply sped, as I’ve expected, and before we both knew it, the concert time arrived.
Preparing for our first road trip together was so much fun, and God used our time to integrate as a team. I am closer to Johnny romantically, spiritually, and as my best friend, than ever.
Wednesday night, I was blessed to stay at my soon-to-be roomie’s family’s house in Port Elgin, right near Niagara Falls. Autumn and I bonded more than we’ve been able to up to this point, and she gave me a tour of her town, including the bakery her mom owns that she currently works at, which I fell completely in love with. We went to the beach, which began the series of completely breathtaking sights I would be blessed to witness over the coming days.


Johnny picked me up from Autumn’s the next morning, and thus began our adventure together. Opening with prayer, we headed to the US border, crossed through, and Johnny patiently drove us to Finger Lakes, NY, where we couldn’t have prepared ourselves for the beauty we would behold.

The Lord your God is with you, the Mighty Warrior who saves. He will take great delight in you; in his love he will no longer rebuke you, but will rejoice over you with singing.” ZEPHANIAH 3:17 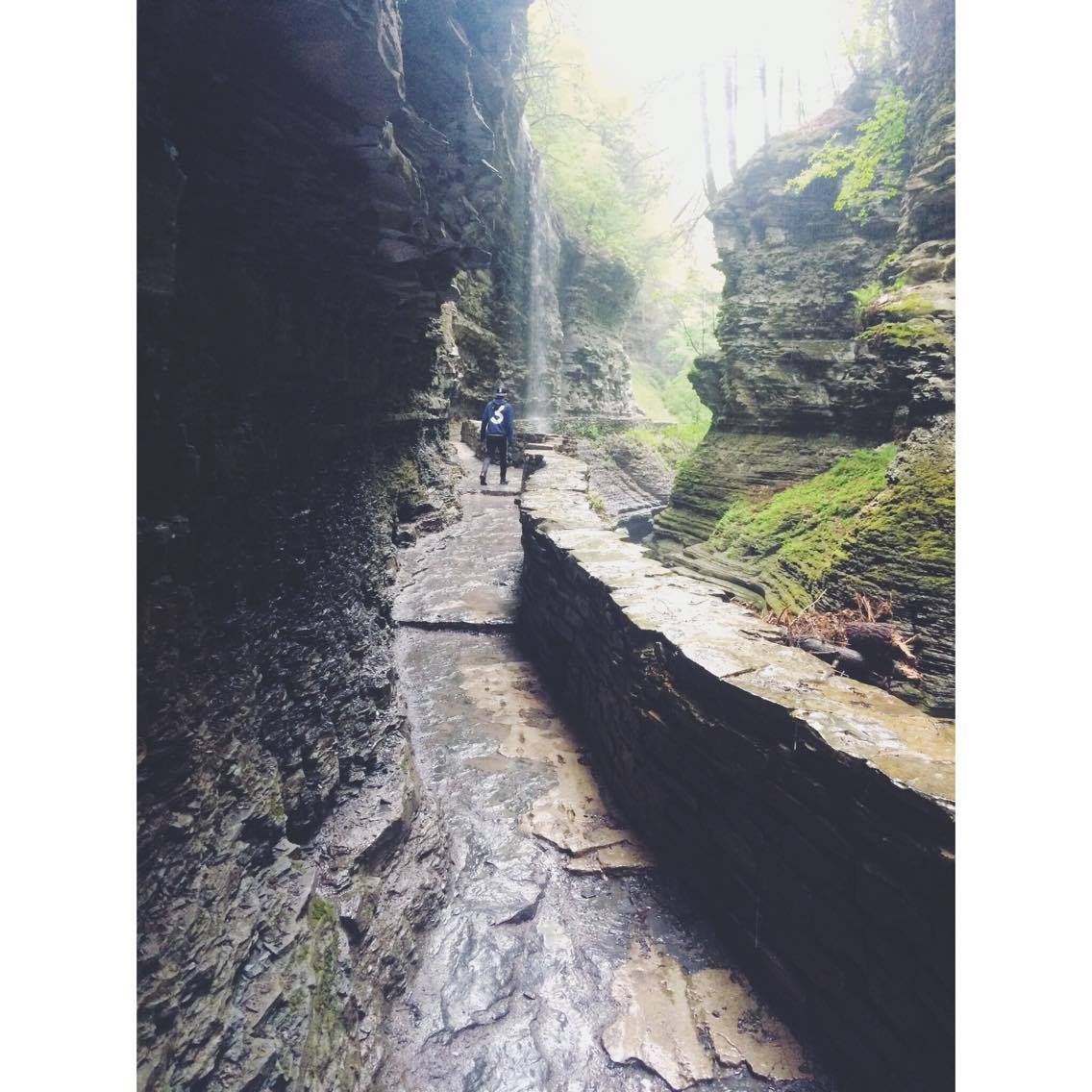 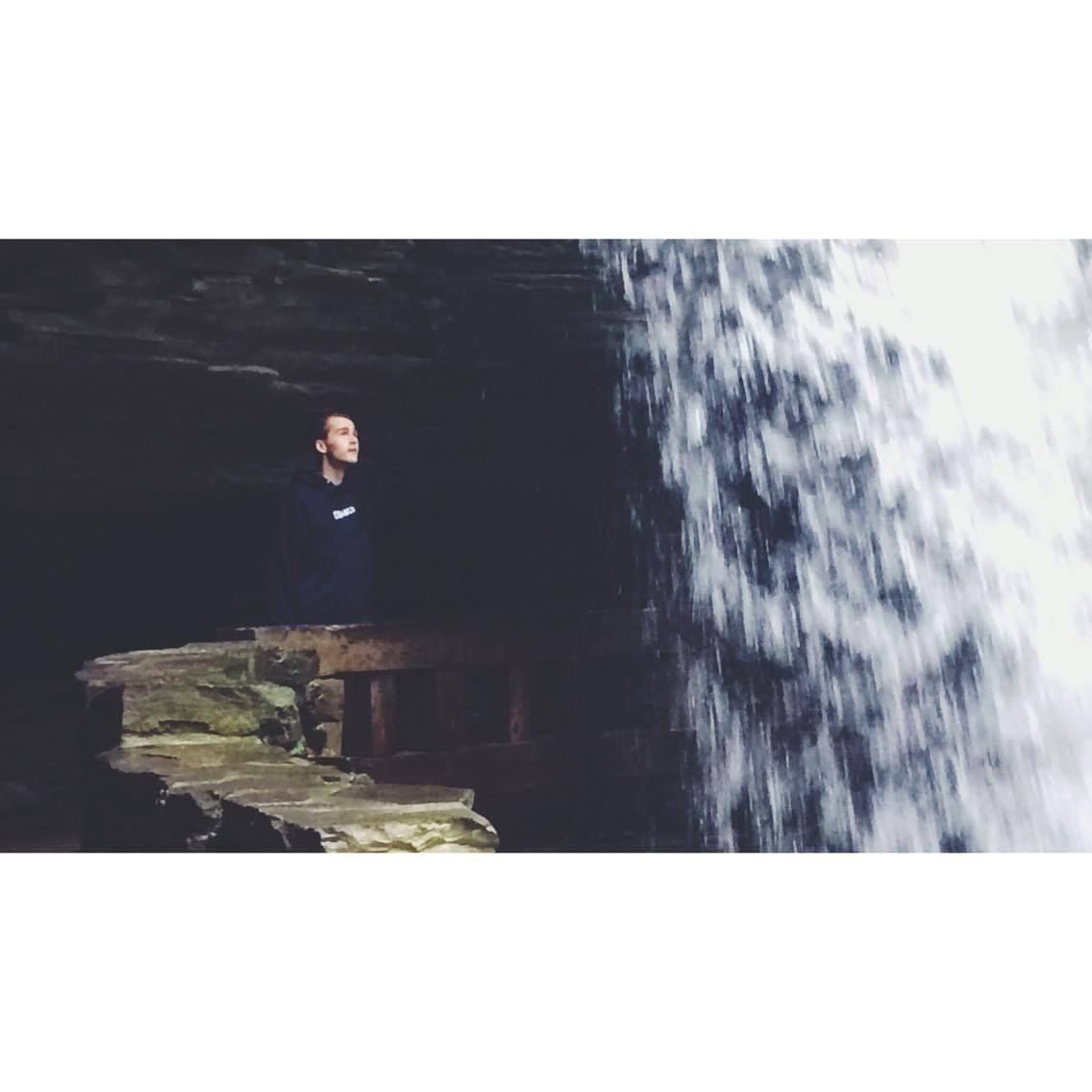 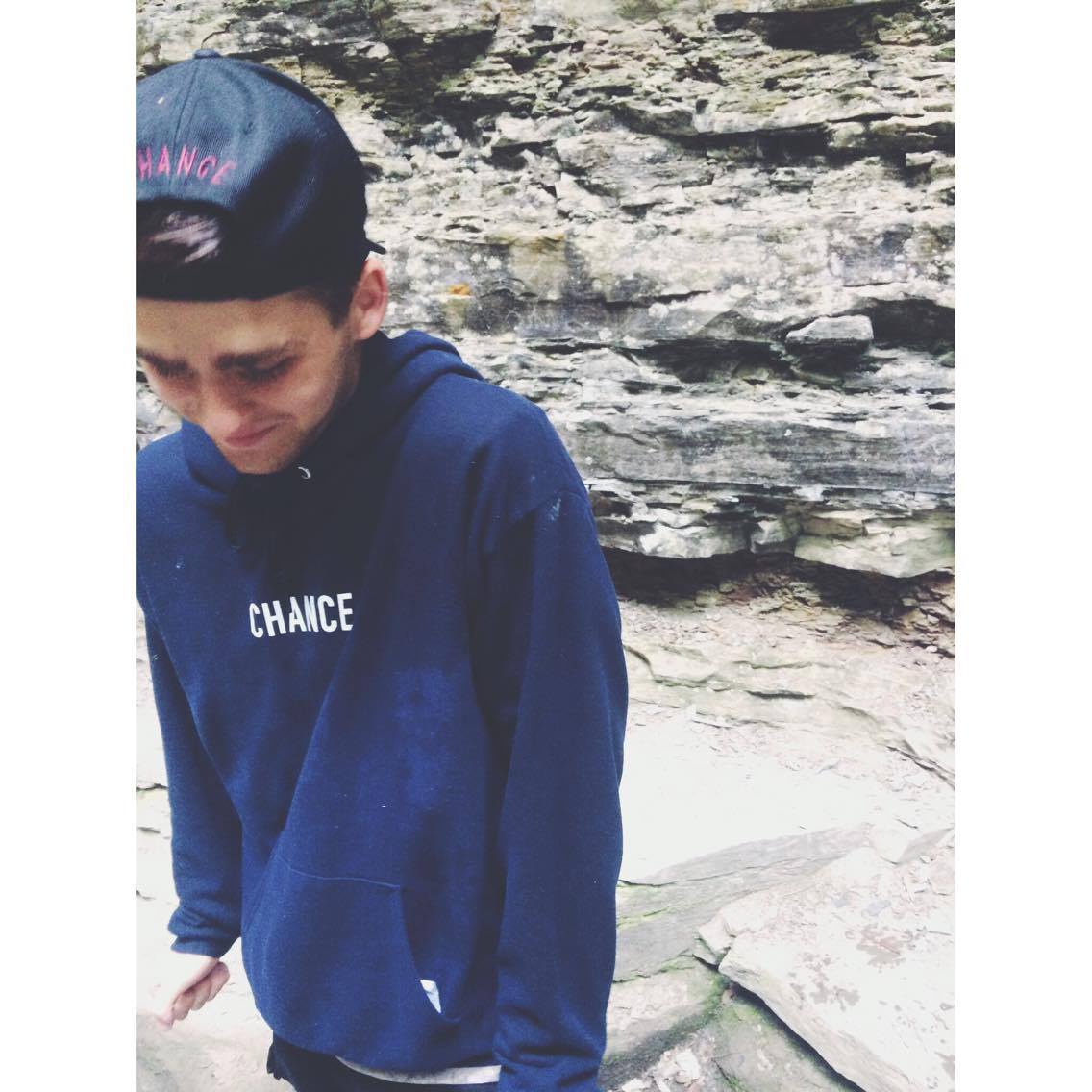 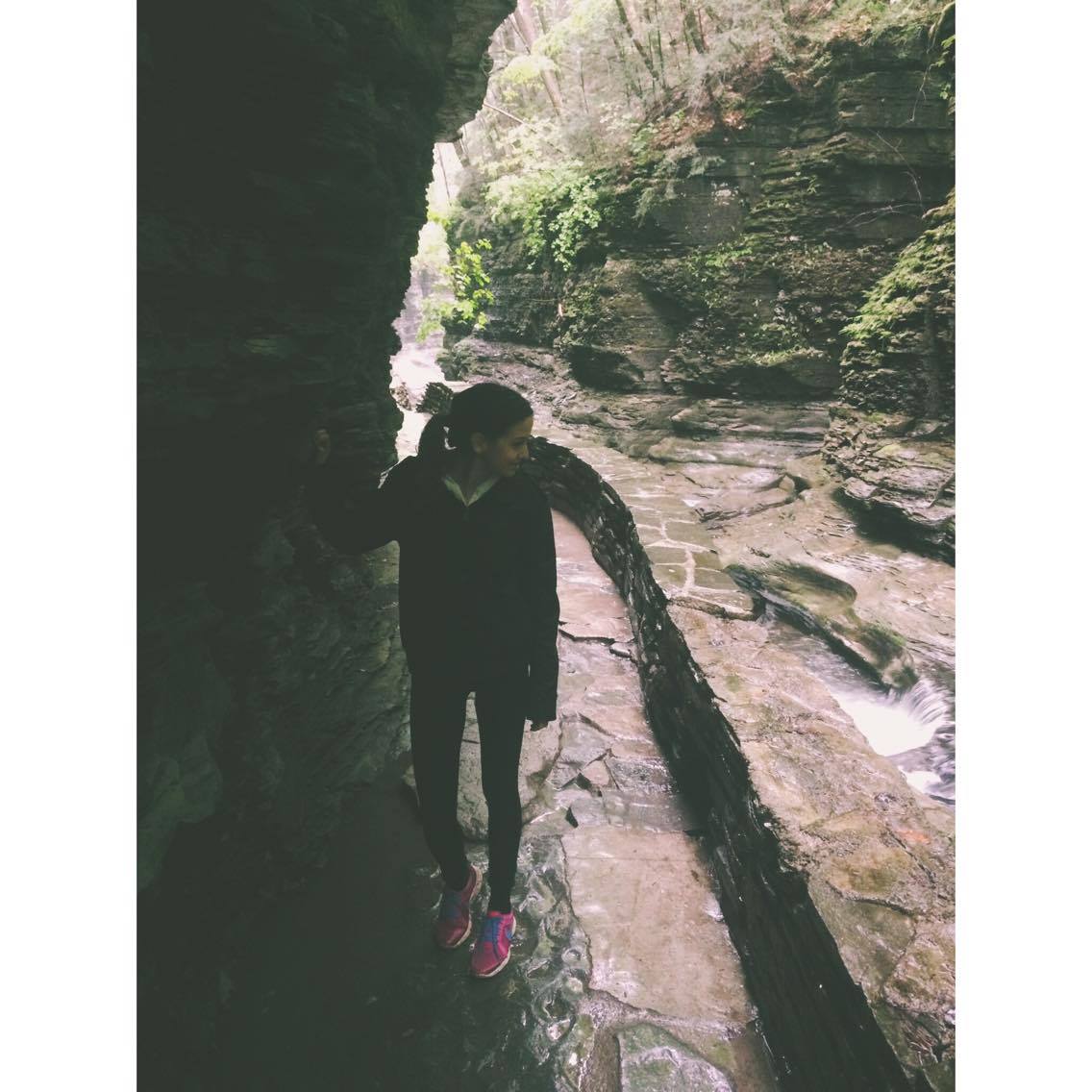 Because of all our stopping and photo taking and MARVELLING, the hike took us just under two hours, and was one of the absolute highlights of our weekend. We ran into so many sweet folks, took in the endless sights, and could not stop talking about the glory and power of our God. I highly recommend this hike!
We ate sandwiches in the car before hitting the road again– I also hacked into my stash of my homemade chocolate peanut butter balls.
I am sharing this recipe as an awesome road trip snack for nut lovers like myself! With no baking required and just about 5 minutes of prep time– plus some time in the freezer to set– these are the perfect road trip accompaniment– filling and healthy, micro-nutrient packed deliciousness!
I could always go for dessert, and, if you know me, you know I put peanut butter on everything– and I do mean everything. These are certainly a “Cassie” road trip snack rather than a Johnny one, who doesn’t have a sweet tooth and stuck mostly to Ketchup chips and Welches’ fruit snacks (“Welch me” he said to me when he got hungry).

The rest of the ride proved to be smooth and fun. Johnny had made a playlist featuring 167 songs by the artists we would be seeing the next day at the music festival, which we listened to while talking and laughing about all sorts of things.
We stopped in a town called Framingham to avoid traffic about an hour and a half away from Boston, at a diner called “Deluxe Depot Diner.” I was overly excited– just ask Johnny– when I discovered that the menu featured all day breakfast! And not only that– but dairy-free pancakes. I got two huge blueberry ones with maple syrup, and a fried egg and bacon on the side, and Johnny got a Reuben and fries. It was exactly what I needed!

It was a smooth drive to Johnny’s cousins’ place from Framingham, praise and thanks be to the Lord! And we were both stunned when the 167 songs– that we’d started when we left– finished precisely as we were pulling up to the house where Johnny’s cousins had just moved in to.
Spending the weekend with Dan, Johnny’s cousin, and his wife Hannah, was such an immense blessing and this trip would not have happened without them and their selfless, beautiful hearts for the Lord. They completely opened their home to us and welcomed us in so warmly.
After some chatting time with them, though, it was off to bed for Johnny and, gearing up for the concert the next day.
We made a Starbucks stop for breakfast and coffee on the way to the train station, where we caught an underground train to Harvard University! After touring the area a little bit, we settled on Chipotle for lunch, as it’s an American-only restaurant and we’ve both been curious about its hype. The verdict? It lived up for both of us– best guac I’ve ever had! 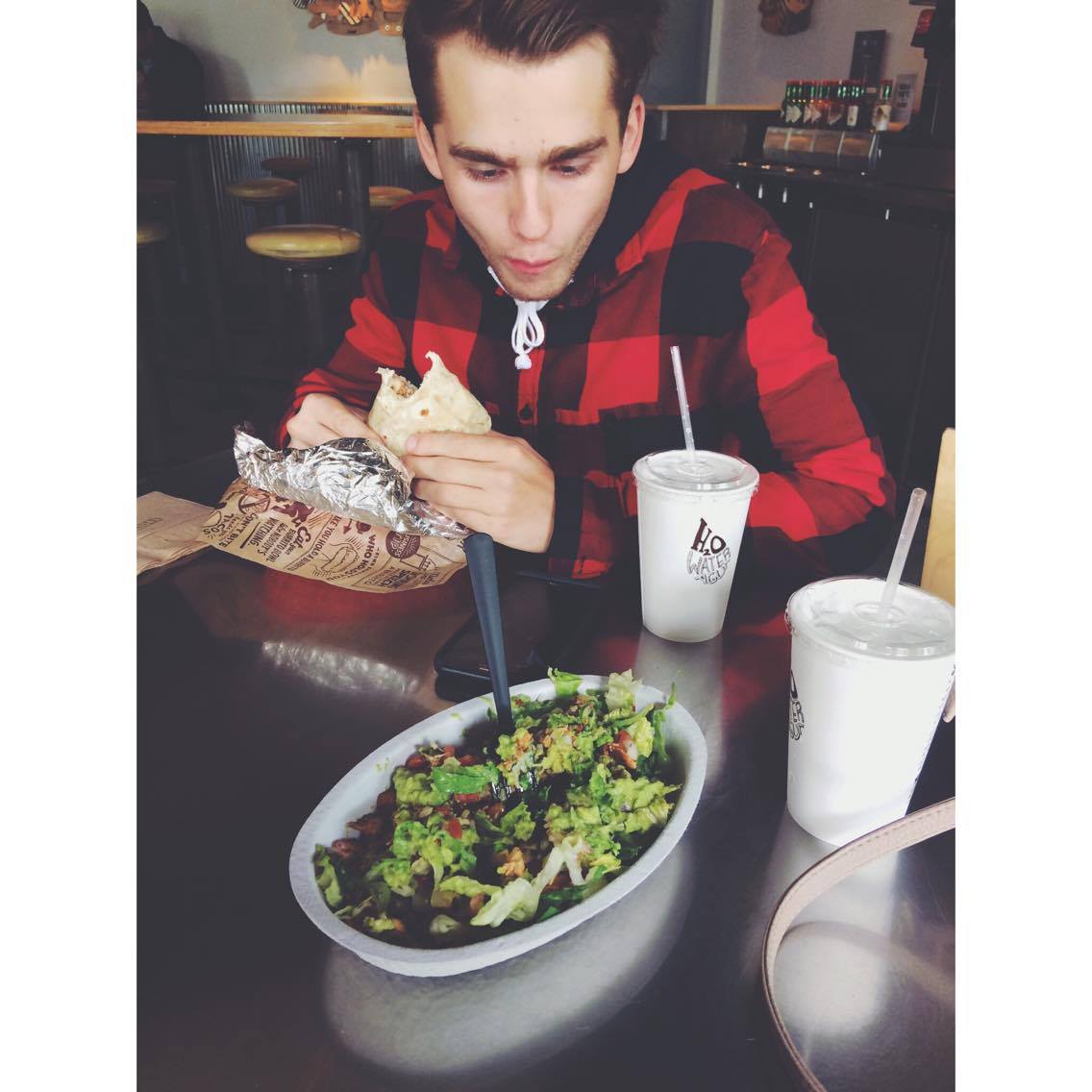 Next stop? Touring Harvard before the festival. We had so much fun and laughs, and seeing the famous university was an unexpected and somewhat surreal part of our trip. 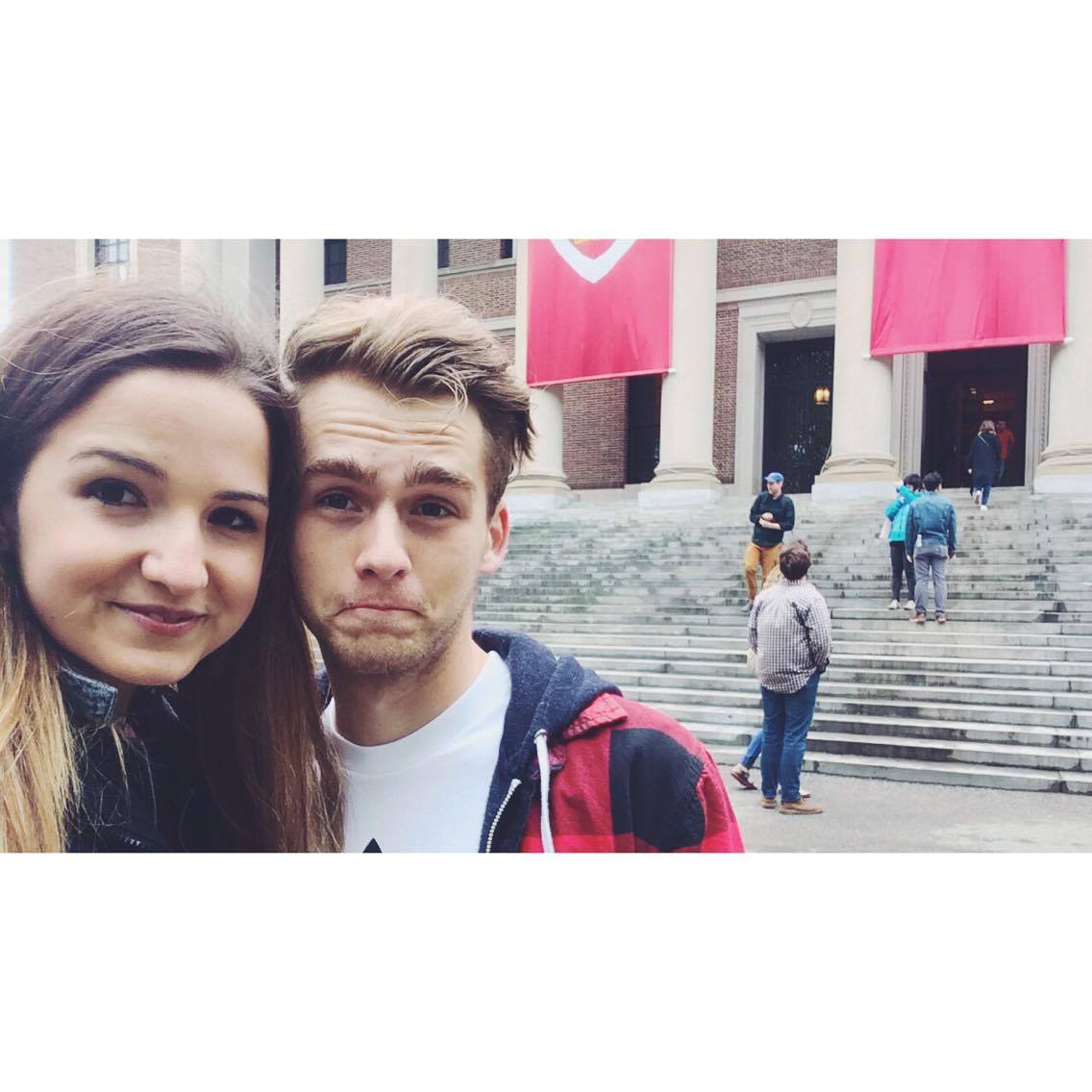 We got to the festival gates about a half hour early, and as soon as the festival started, everything flew right by. The band Vundabar was first, and they were great, but only the beginning. The next highlight was Whitney, a band Johnny showed me last year whose music I adore, and whose performance we both enjoyed so much!

After Whitney was Francis and the Lights, a music producer who was also great to watch.

Carseat Headrest was next, one of Johnny’s current very favourites, and a band whose work has definitely grown on me!
We had a quick bite at a delicious hot dog vendor in the festival before catching a few songs by Mac DeMarco, and then heading over to Bon Iver’s stage, which we got to over an hour early, and still had quite a crowd to push through. We ended up quite close to the stage, and waited patiently for Justin Vernon, the genius behind Bon Iver to come onstage.
And he blew us away. This was the highlight of the whole weekend, and a large part of that for me was just seeing Johnny, being next to him watching the artist that he was so passionate about because of the artist’s convictions and storytelling that glorify and testify to Jesus Christ.


And once I knew I was not magnificent. –Justin Vernon

We didn’t have much time to really digest the beauty that was Bon Iver’s performance– the best live performance I’ve ever witnessed– because Chance the Rapper, the closing act, followed quickly. It had miraculously and beautifully began pouring during Bon Iver’s performance, and the walk through the field was MUDDY– but Johnny and it trekked it out and found ourselves near the back for Chance, which suited us just fine! We danced and enjoyed every moment of Chance’s energetic, TALENTED performance– despite being quite exhausted!
We made the trek back to the train station, took a packed train back to the car, and my wonderfully patient boyfriend drove us back to our three-day Boston home at Dan and Hannah’s for a sound sleep.
The next day was a peaceful blessing of time with Dan and Hannah and time for Johnny and I. As this trip featured the best live concert I’ve ever experienced at Bon Iver, it also featured the best pasta I have ever eaten, at an adorable place called Daniella’s Cafe– a restaurant we chose because my beautiful best friend is named Daniella. Thanks, Dani– we will never forget this pasta and delicious bread! 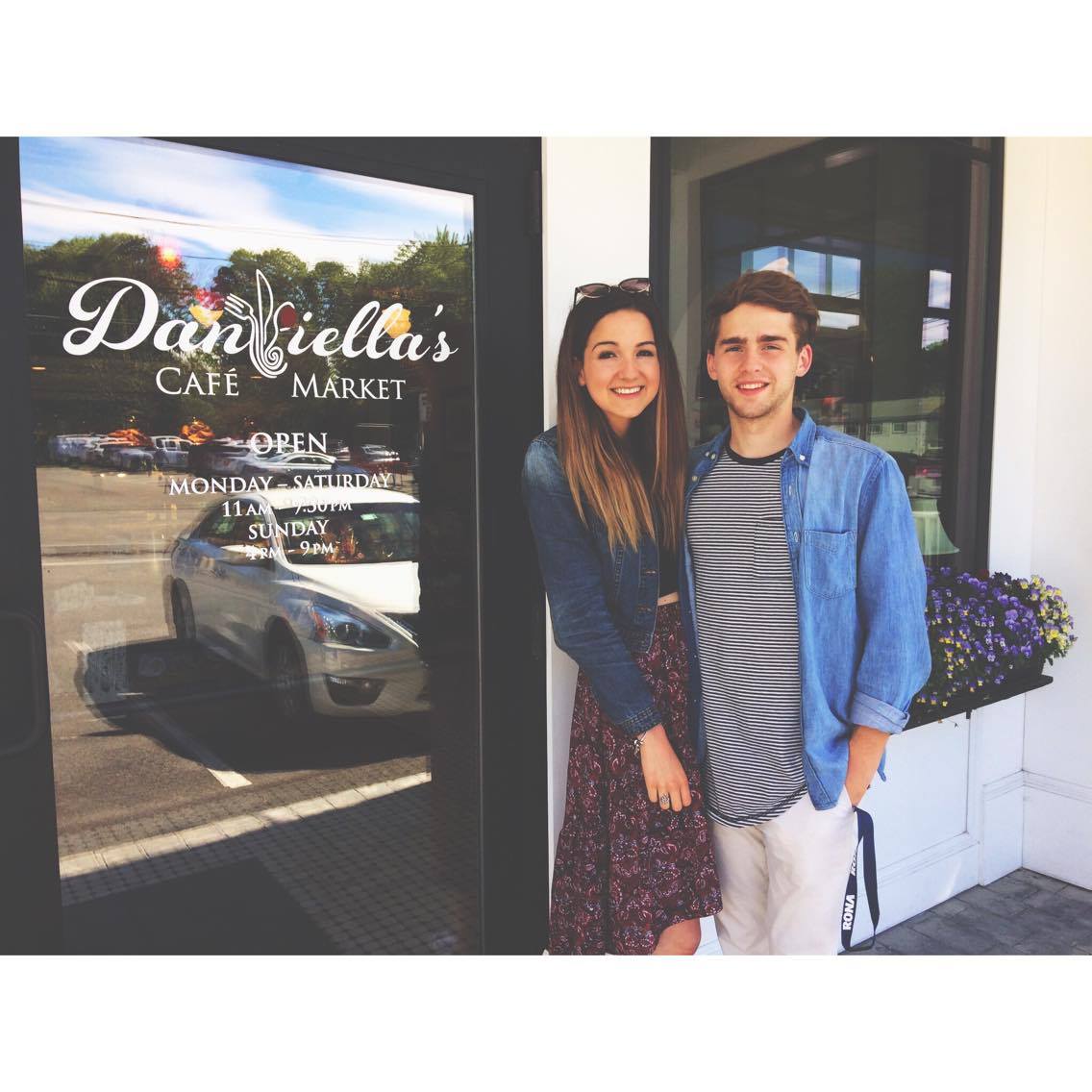 We also got to go to a beautiful beach with Dan called Singing Beach, because the sand makes a singing noise when you pad along it– twas truly breathtaking! 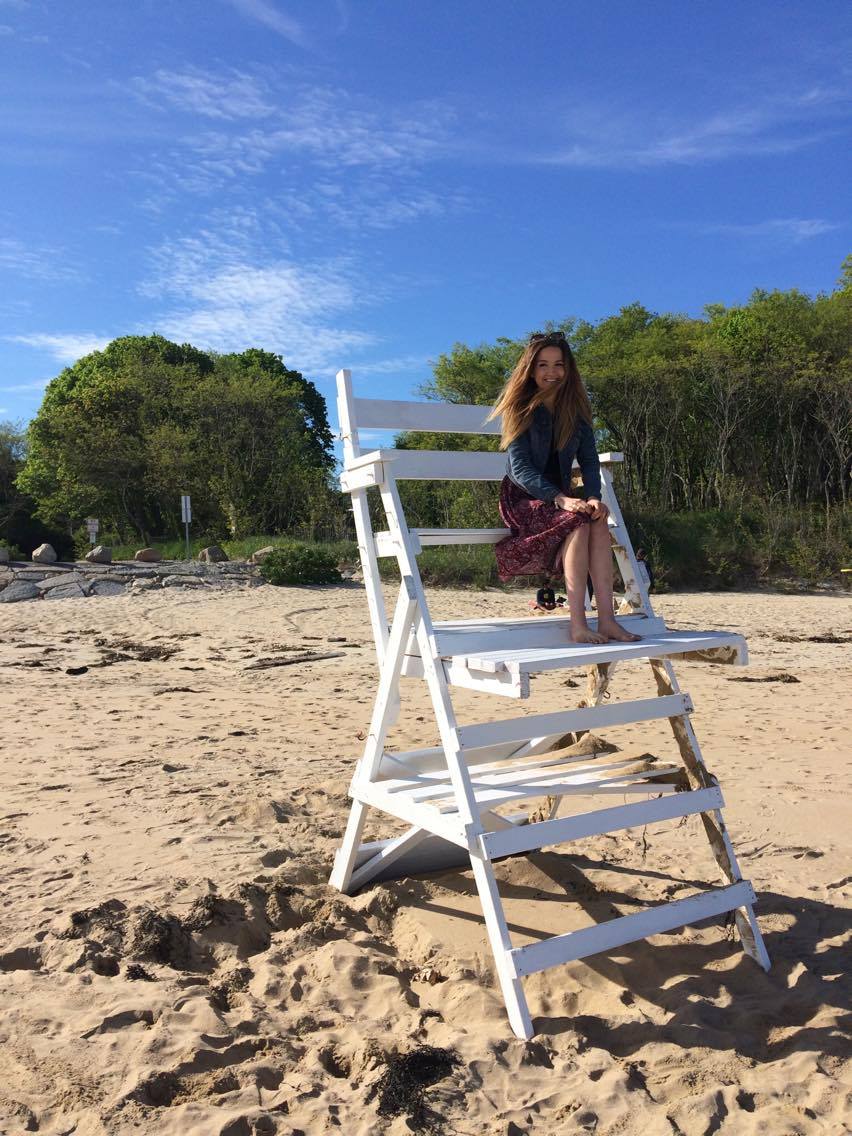 Dinner that night was in response to Johnny, Dan, and Hannah all saying to me, “What, you’ve never had Chick-Fil-A?” Johnny was disappointed to discover that there was dairy– which I’m allergic to– in the chicken’s breading, so I had to try the grilled chicken– which was quite good, still, in addition to waffle fries. Praising the Lord for such thoughtless freedom and simply time with my brothers and sisters in Him.
Our drive home Sunday morning was accompanied by a wonderful sermon and worship music and amazing conversation as always, Johnny’s patience, drive, and grace continuing to impress me always. I am endlessly blessed by this amazing man, and so excited and affirmed in where God is leading us for His glory.