Skip to Content
Home REAL LIFE Trusting in the "Delay"
by

Much of today’s musings are inspired by a wonderful message preached by Pastor Mike Rutledge
at Risen City church yesterday, where Jesus met me in my own worries, stress, and anxieties and revealed newness to me as His Spirit does, starting when I so loudly heard His voice that it was deafening, above all and any other sound: “I have promises I’m in the middle of working out.”
Now, to get very real here, when I say I so loudly heard His voice, I don’t mean I heard an audible-to-the-ears sound. I mean His Spirit, unlike mine, but that I could physically feel the presence of, as well as spiritually, convicted my heart of this matter to the point that I felt I couldn’t stand. I sat to pray and as I did I only heard more from Jesus, who promises His Spirit is no different from the living Jesus, whose presence is palpable and who promises to show up where two or more call on His name with genuine hearts.
Gently I received the peace of Truths I did not deserve to hear. About what He is in the middle of doing, in His timing. That when I feel like something has been “missed out” on, Jesus never missed it. That very thought of Him “missing” or “forgetting about” something part of His creation is laughable! 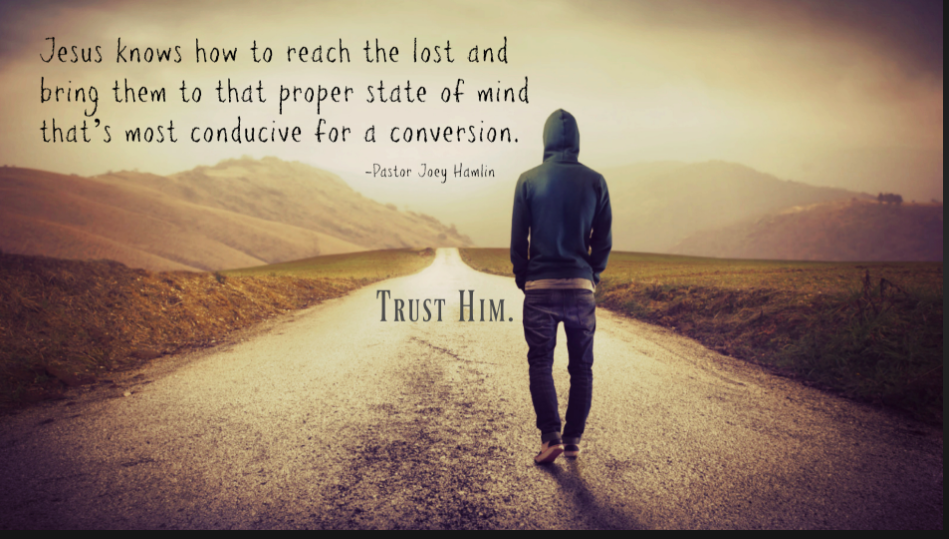 Healing and miracles and even more simply clarity don’t always look the way we think we want them to. If you have ever been swayed from reaching out to the Creator of the Universe because you feel like “He hasn’t done anything for you,” a good place to start would be asking yourself what gave you the right to take such a position of deserving.
The Christian faith is about believing that Jesus came when He didn’t have to to suffer in this life and death on the cross because He loved us. To pay the penalty that should have been ours. In His perfection, He suffered the penalty for sin, and, in being God, He owes us absolutely no promises, and no miracles. And yet, because of the very nature of our gracious God, promises and miracles He chooses to bestow.
So after receiving from Him a little nudge that, No, He hadn’t forgotten about xyz, He was working it out in His timing and all I needed to do was give Him space and trust Him, I experienced weight rising off my shoulders as I scribbled down the prayers and promises.
And after hearing from the Spirit, Mike delivered the message on his heart for the church about the waiting periods in our life, how we often question them, and how, really, they’re such a part of the healing. In fact, they are the healing.
Maybe God is in the middle of completing your testimony because His plan for someone else is to learn from some of your stories.
Maybe He’s about to initiate change that wouldn’t have been possible if it weren’t for the trial.
But here’s the maybe not: the definitely not: Since He’s God of the universe, He has not forgotten about xyz, kicked it/you aside, or grumbled, “ah, well, they missed their chance.”
Frankly: God and His Kingdom came much before you, and you were created to submit to Him for a greater purpose. Not to pose of Him that He submits to you.
He only asks of us that we trust Him, engage in relationship with Him, and follow Him.
It’s the only life to live!