​I didn’t have time to blog. Or as my head likes to say, I didn’t prioritize the blog. I “failed.”
That voice genuinely didn’t last long, though. A few years ago I would have flipped out. I would have really dwelled upon this. But now I know that man, the little “setup” of my blog that I have created in my head has nothing to do with what the Lord wants to accomplish through these writings. And I have had a lot of time to think and pray on this, which in turn makes me more fit to write.
Anyway, Monday.
I didn’t have time because I had an early morning. A whole weekend of work and then an early morning excited and refreshed to spend the day with Johnny celebrating 6 months of our relationship. Johnny had a surprise planned and it didn’t cross my mind to think much about what the day held, I was just excited, called, and antsy to be with him.
He came to the door with a bouquet of roses and just the principle of his generosity and love and seeing his smile, I was so happy. I had spent the morning giving the day, our relationship to the Lord and praising Him and asking Him to guide and He did, and more each day do I fall in love with who He is and what He’s done and is doing in Johnny. I love him in ways I can’t put words to.

In the car, I started to think about what Johnny might have planned. When he gave me a hint, I came to the guess of Canada’s Wonderland, and when he told me I was right, my mind went through several processes. Excitement– this is gonna be so fun! To Oh my gosh, I know his plan– he wants me to go on roller coasters.
Right– I’ve never been on a “real” roller coaster.
I’ve been on some wooden ones, but none of the big, “real,” steel ones that tower over you, the ones that are visible from the car five minutes away from the parking lot. In some ways, I think I’ve felt “unfit,” “incapable.” And I was scared, but less scared that I have ever been, and that is wholely and entirely the Lord, and the fact that His dwelling in Johnny is a partnership and relationship He’s called me to. Johnny reminded me that I have nothing to be afraid of. I need only rejoice in the Lord that I am safe and loved and that all I may do is to His glory! Ultimately, I was excited for what He had for this challenge and day for Johnny and I.
And man, He answered my prayers and delivered in His ever perfect way. The day was unreal.
Our first line was just over half an hour, as Johnny announced that we’d go on the Levithan first, Wonderland’s newest and potentially scariest roller coaster. Waiting in the line for it was foreign for me, but it went by so quickly standing and being with and laughing with my best friend, that I didn’t even have time to think or fear until we were getting on the ride. We sat down and Johnny reminded me again that he was right there, more importantly He was right there, that I could hold his hand the whole time and that it was going to be fun. I was overcome with mostly excitement, still anxiousness as the ride crept forward, and, quickly, steeply upward. I talked to the couple beside us, the woman of which gushes about the ride, talking about how “terrifyingly fun” it was.
And that is exactly what it was.
The split second at the top, the moment before knowing my stomach was going to drop and there was no one off but down fast down was terrifyingly amazing. It was so fun. For the entirety I couldn’t think about anything but the sensation which was so good and bad and the same time that it was just good. 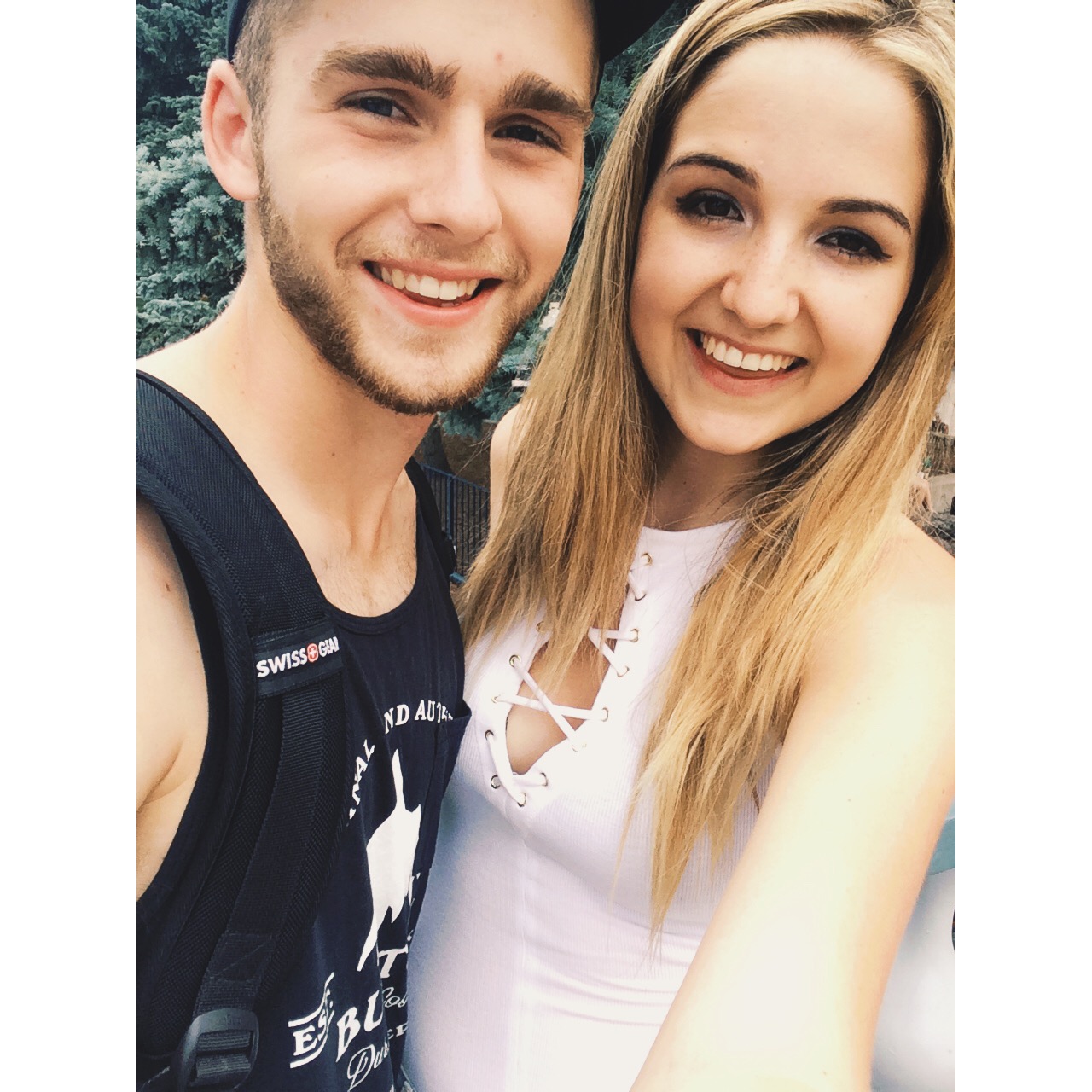 When the ride stopped, I mostly had this thrill of I finally did it.
No, moreso, I could only overcome this fear, and actually realize that I cold REJOICE in it, in Christ.
Woah. Praise God!!!!
Johnny turned to me, smiling with an endearment of a sort I haven’t seen in him before and asked “How was that?” holding me tight.
I was so giddy and happy and full of life, mostly reminded that in Christ, I can do all things because He can.
The rest of the day was amazing. As Johnny and I reminisced on all that has happened in just six months, talked about the future, and loved each other’s presence in the truly-in-love way you don’t ever quite get enough of. I was endlessly grateful for his happiness for me, his genuine excitement that I had conquered and fallen in love with something he so enjoyed and was confident I would to, and just my overall ability to be so myself with him, feeling and responding to the Spirit’s presence in both of us.
Did I mention he got that Arsenal jersey for 50% off?
It was a good day in ways that I can’t blog about because they wouldn’t make sense here. I praise the Lord that I will cherish that day forever and that He is capable of all that wonder every day and anywhere.
Ultimately, I have grown in desiring only the Lord’s will. A desiring that He has by His grace instilled in me. A desiring that is often different from my brain’s “logic,” but ALWAYS better. Like roller coasters. Like not being able to blog because I passed out in exhaustion the minute Johnny left my house that night. Prayer on His will. Prayer on May I always glorify you and your Holy name, Jesus.
Motivated by the Spirit alone, graced with the man I am deeply in love with, healed and renewed each day by the blood of Jesus.