Happy May 24 to fellow Canadians and the Brits😜
I spent this weekend at Laura’s cottage, and it was an amazing and relaxing time.
We drove out Saturday evening, and the drive was beautiful. All back roads past farm lands, huge fields, and country music the whole way. I would call drives like this with great people one of my favourite things about earth life. For a lot of the drive we just sang along to the radio, because country 104 always has one great song after another, and for a lot of it we talked. Never about other people and only about life, cuz that’s just the way we flow. And let me tell you, the Holy Spirit was so present and working in our conversation. Laura’s not necessarily Christian, but her curiousity about the religion and all that we talked about the world and its evil and the shortness of life so reflected Him. You’re pretty amazin Lo.
When we got to the cottage, I immediately felt like I’d been there before (disclaimer: I haven’t). Laura’s hilarious and beautiful mom greeted us right away, and I took in the cottage that, while it looks nothing like mine, FELT like mine. Laura’s cottage was also built by her Oma and opa, and so her opa was up with us too, who also reminded me of my opa. When Laura walked through the door she said “smells like cottage!” excitedly, and that is ALWAYS the first thing we say at my cottage. Her cottage doesn’t smell like mine, but the smell made me feel at home the same way.
The red cottage is pretty much right on a private beach of Lake Huron, and the water is stunning. While my cottage is on a little lake whose water is dark blue rather than the sea-green of Huron, putting our toes in the water had the same feel as doing so at Papineau. Laura’s dad was so excited to take us for a motor boat ride, SO reminded me of the way my dad gets about the motor boat. Boating is one of my favourite things in the whole wide world, and despite the fact that it was freezing, that boat ride was probably my favourite part of the trip. We ventured out to the furthest visible point, and saw a group of 18-20 year olds chillin on the beach. I noticed automatically a huge wooden cross beside their docks and near the buildings. Laura told me that it was a Christian camp she’d gone to for years, and that the group of people waving at us were probably Leaders in Training or Councillors, a job she once thought she’d maybe take on. She explained how much she LOVED the camp, and I explained how much I’d LOVE to literally run something like that one day, on a lake, in an area like my cottage, with a cafe. 😉 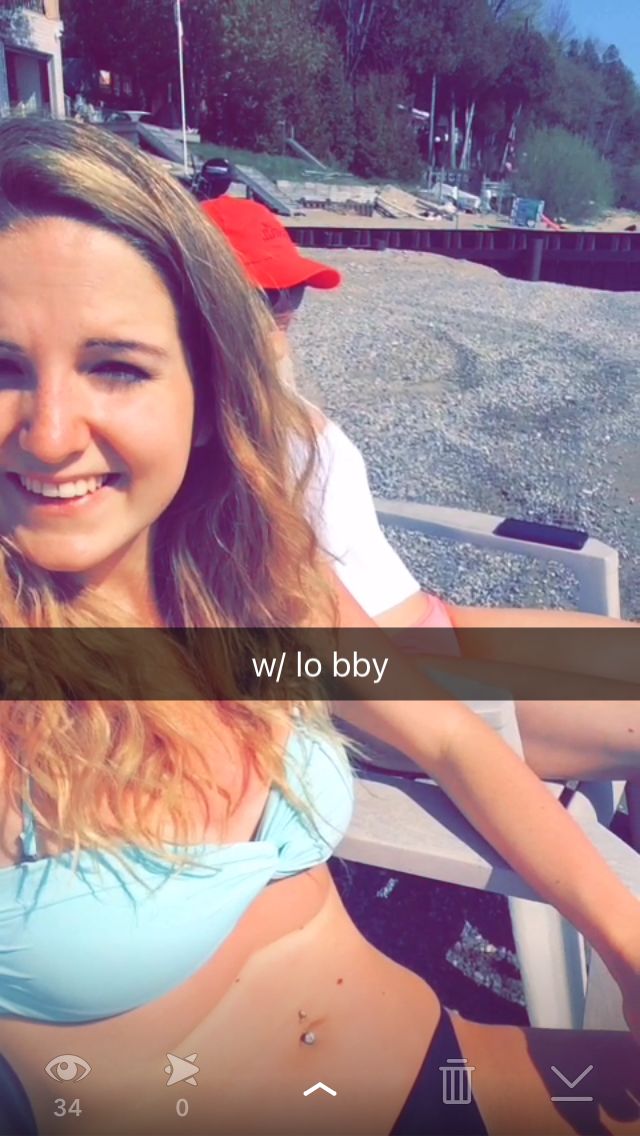 Coming back and having a campfire with both Laura’s parents and her opa meant reminiscing about a lot of cottage memories. Laura bursted into a prayer I know, “Thank-you Loooord for giving us food, our daily bread we will be fed.” A million memories of years gone by came flooding back and so many of them similar to my cottage memories and we all agreed, the cottage makes everything timeless. You feel so insignificant looking out at such a huge body of water, remembering that this lake still would be a speck in the scheme of an ocean, or the whole earth. And that the earth is just a speck itself.
No, our brains are not designed to process those God-given realities.


The next day brought sunshine, wind, and coffee. A mug of coffee and apple peanut butter oatmeal in the morning was the best way to start the day. Laura and I laid out on the front porch in the sunniest spot for hooours, and soon I mustered up the courage to have a drink. It has been so so long since I’ve drank, partly because I’ve grown to the see the lack of godliness in drinking away my inhibitions and partly still yes, because calories terrify me. But when offered a drink I know in my heart that I wouldn’t say no if it weren’t for the numbers plaguing me, and so I debated for a long time what to have, prayed, talked to Laura. I’ve written about Laura before and how she is one of few people that I can so comfortably and without filter talk about the thoughts that are sometimes still big, and she has been a HUGE blessing in my life because of that and throughout this whole trip. Finally I made a raspberry vodka and orange juice. The amount gave me a little buzz which made me think you had more calories than you thought, but I quickly dismissed those thoughts and just enjoyed my drink, the sun, and favourite country song after favourite country song. Ah, it was so wonderful. 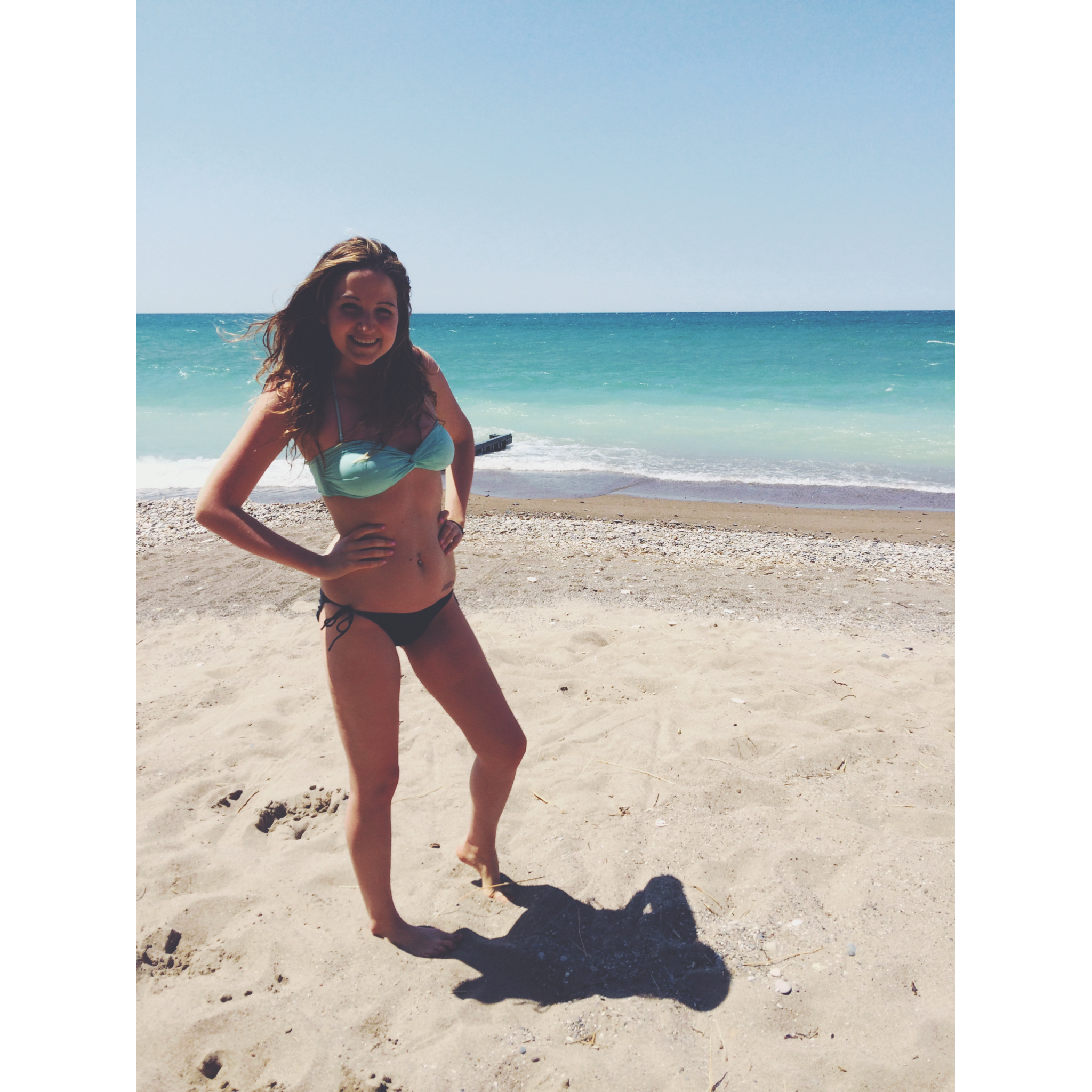 The beach was pretty cold and windy, but we laid out there for a bit too, often talking, often sleeping. The sound of waves is undeniably my favourite sound in the world (are you getting the hint that I love cottages? Are there any that are also right by a big city like New York or Toronto that I could move to?).
For dinner Laura and I tried a new veggie burger that was really good. I’d eaten some veggies with peanut butter in the aft which is nothing out of the ordinary for me, but the patty had a few fillers and I ate a WHITE bun– fillers and white flour, two things I haven’t conquered for a while. Praise the Lord for filling my head with His goodness, for that whole day He really did.
After reading, watching some hockey, laughing tons more with the fam and an oatmeal snack, we had another fire on the beach, which is when I reeeally noticed by sunburn. I promise, it’ll turn to a tan in a few days…
Today was much the same. A walk along the beach, tanning, reading. We drove home in the evening and watched the Bachelorette at my house– there are so many actors/fakes this season it’s hilarious. But I also love JoJo, so I’m really rooting for her.
All in all, this weekend has been beautiful. I’ve been prayerful all weekend and each peaceful moment with my Lord brought me clarity and something new, and seeing more of His creation continually reveals to me my weakness, my insignificance, the fact that this short earth-life will never be about me and will always be about Him and His indescribable Love and that is the only blessing. Woooooohooooooo
If you are like me, you may struggle with relaxation. With feeling like you “deserve” to sit back and unwind. The reality is– none of us really “deserve” it, but it’s a privilege and a beautiful gift that when taken to soak in the Lord’s goodness and grow in His nature is so necessary. 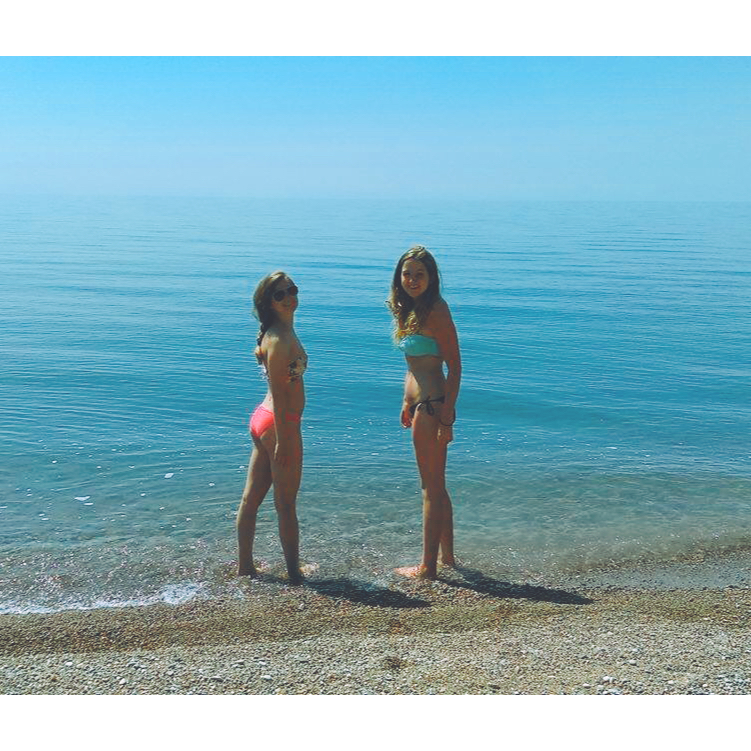